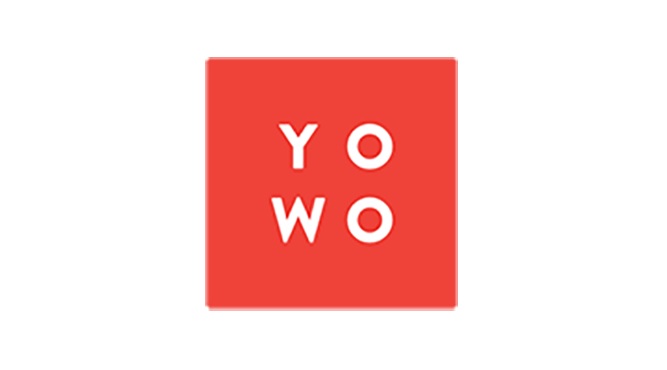 31 May 2019: A new software platform aimed at flexible and remote-working professionals has launched this month in Auckland.

YOWO is an app that connects remote workers with local cafés, restaurants and bars to work from, allowing them to get away from dull home offices and into inspiring spaces all across the city where they’ll be made to feel at home (without being distracted by dishes piling up or chores that need doing!).

Whether they plan to sit there for the day, or just for a couple of hours while they wait for traffic to die down, members will be welcome to perch themselves at any YOWO friendly venue across the country. As a member they’ll gain access to high speed WiFi, charging stations for their laptop and phone, and discounts on food and a free coffee. Venues will also allow them to host meetings, with some even offering private rooms and catering packages for bigger groups. A raft of other member benefits are also planned, including membership packages with Xero, deals at Warehouse Stationery, Torpedo 7, Parkable and Liquor King, and access to events through Lion NZ.

Monica Yianakis from YOWO says this platform is a win-win for workers and venues. “Workers who sign up to YOWO will be able to base themselves at a range of cool venues for their working day, knowing they’re very welcome and won’t be encouraged to move along if they have been sitting there for too long or haven’t ordered enough. Equally, these workers will bring life and trade to venue providers during quiet times in the working day when their spaces are underutilised,” she says.

“Our team conducted an extensive research project before launching this venture and we discovered that over half of Kiwis are currently working flexibly or have flexible working options available to them*. Despite this, many feel isolated and aren’t engaging as often with people face-to-face due to modern technology and the changing nature of work. With YOWO, they can now get out of the house and go somewhere that has a bit of buzz, friendly faces, someone to bounce an idea off or ask a question of, without the astronomic cost of many shared creative work spaces.

“YOWO is for those who are doing things a little differently, the people hunting out inspiring spaces and feeding off the unpredictable environments they work in. We’re very excited to bring this concept to life and contribute to the evolution of how Kiwis work!”

YOWO is launching in Auckland with over 30 venues across the city, with a national rollout planned from June. Some of the venues to sign up around Auckland include La Zeppa in Freemans Bay, Honey Café in Takapuna, Apothecary in Howick, Charlie Farley’s on Waiheke, Biskit Café in Parnell, and Jack Tar in Wynyard Quarter. Co-working spaces The Hangar in Hobsonville Point and Rewired in Parnell have also signed up as YOWO venues.

The app is subscription based, priced at $99 per month with the first 200 members receiving a lifetime earlybird special of $50 per month. Find out more at yowo.co.nz, or download the app on iPhone and Android.

YOWO is the first business to come out of Lion Ventures, the disruptive growth division of Lion NZ. The division is focused on carving out new business opportunities outside beverages that facilitate the future of socialisation and tap into Lion’s existing capabilities and networks.

*Lion Venture’s research included a two-month collaborative research project between Lion and TRA. Together the companies conducted 200 hours of research into sociability, human behaviour and culture and collaborated with eight experts from across the globe who are at the cutting edge of sociability. The research was supplemented with a survey of 1,000 Kiwis in November 2018.